CLEMENS RUMPF AND WILLY WASHINGTON FEAT. CAROLINE – WHAT WILL I DO

Clemens Rumpf announces the launch of Deep Village Digital Records. First release is the hit single “What Will I Do”

Clemens Rumpf has teamed up with Willy Washington to bring you “What Will I Do” featuring the vocals of Caroline featured on “Can’t Get Away” by Mood 2 Swing & Tom Craft.

After the success of his EP “Jazz in the House” and his first album “Ain’t Nothing But House Music” both released on Reelgroove Records, Clemens Rumpf is back with his first release on his own label. “Willy Washington brought energy from New York, and Caroline’s vocals turned this song soul,” Clemens said. “This song is dedicated to Caroline……RIP.” 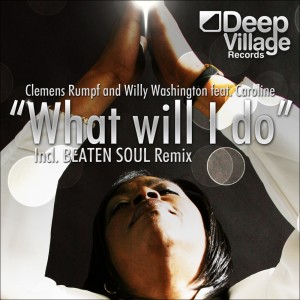